0
Contents hide
1 Why Speed up the Development Process?
1.1 Have a proper app development strategy
1.2 The points below are some strong reasons for the same.
1.3 Go for cross-platform app development
1.4 Go with MVP
1.5 Shorten the release cycles
1.6 Focus on agile development
1.7 Switch to Modern Programming Languages
2 Share
3 About Post Author
3.1 Michael Ashbaugh
Read Time:7 Minute, 5 Second

Why Speed up the Development Process?

In the digital era, the development of an app and growing ventures with the help of mobile app websites are so normal. But what is the challenge is developing a mobile app with old and slow methods. This will make you a late implementer of the time because someone else’s idea might resemble yours. And that’s due to the entire game depending on time. With running out of time, you might lose the benefits that you could gain. After that, there is another issue; with the help of mobile applications, digitalizing your product is something that capitalizes on many businesses or a different category. And app which must be secure enough for the user. You will consider both, making your mobile app successful. 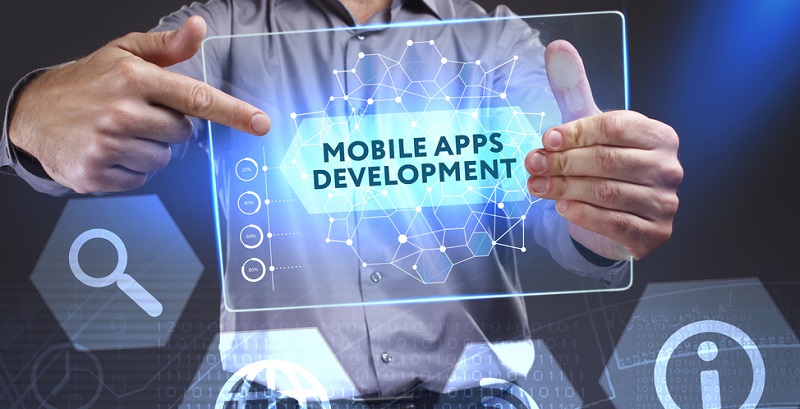 Have a proper app development strategy

The points below are some strong reasons for the same.

If you make a strategy for mobile app development, you also have to make a plan for mobile app monetization. And when you get to know what is the reason behind this and how to monetize the mobile app. Then you can drive into other features accordingly.

Marketing of the app

The more you do research on making development strategies. You will also understand what kind of mobile app you are going to develop and who is your target audience. Marketing of mobile is very important. Because it creates the hype of the product, and secondly, it acknowledges your mobile app. there are server marketing tactics that are specifically for mobile app marketing.

Competition of the app

The job is not to end on developing a stunning mobile app and doing a successful launch of it. You have to constantly look after mobile app monetization, and marketing tactics affect your number of installs, public reviews and rating, user experience, etc. Always study your competitors how they are performing in a market. Take inspiration from their mobile app development strategies. And then fill those gaps that they haven’t decided to work on.

Android and iOS are both the most used and famous operating systems in the market. So, most app developers and enterprise business owners prefer to build a mobile that can run seamlessly on both platforms. But when we think practically about building two different native mobile apps. And it will take a huge amount of money and time. But the issue is developing the same app two times just because of a platform with extra money and time. But some cross-platform app development frameworks can be your saviors.

Consider an app like Uber, which is now a daily household app for many, and is functional on both IOS and android (Learn more about On-Demand Delivery App Development).

But before choosing any framework, first, take expert advice. The experienced mobile app developer will suggest you the right framework. Which can save your time and development cost.

Build an MVP rather than deploying a full-fledged mobile app. To make yourself aware of yourself in the market, get the MVP. Monitor the reviews and feedbacks of your users and make relevant changes accordingly. Check the download rate, monitor the user acceptance, expectation of the user, productivity of the mobile app. And use the right tools to get the desired results.

Working on getting early customers or a delay can lose your million dollars. For such kinds of time-critical projects, mobile app developers always recommend building an MVP first. An MVP (Minimum Viable Product) consists of essential features of the app in a smaller version of the app. MVP helps you to grab early clients and make the easiest but effective test methods for your product.

As compared to developing a fully-fledged app, the MVP will take less time to develop with only some essential features. This is the way you can speed up your mobile app development from Airbnb to Uber. Every of the famous mobile app that we see today was well tested by MVP before its actual operation. The reason behind successful entrepreneurs because they take serious actions on understanding the customer’s feedback before jumping into the development process. MVP is a great method as it highlights the potential of your idea.

The deployment of features of the mobile app in a required duration is called a resale cycle. After building a feature, we send a beta version to the client for feedback. As a result, it reduces the time to release features. Depending on the features, we can make changes to the feature to make it even better. We can get consistent reviews on the app with the help of such a shorter release cycle. It allows continued improvement, allowing you to deploy the mobile app faster. This approach is one of the best ways to speed up your mobile app development process.

First, let’s learn the meaning of agile. Able to move faster and easier. From agile development methodology, a mobile app developer can consistently iteration of development and test the mobile app throughout the development process. With the help of this method, you can simultaneously test the functionalities while building a mobile app.

But most of the companies don’t use agile development methodology because they are still using old traditional methods. In which they perform testing after the functionalities are fully developed. And that is quite wrong and slows down the entire process. In this situation, most bugs will be found at the time of testing. And the entire process runs again; first, the bugs will be sent back to the developers, then they will remove the bugs, then again, they repeat the test, and after such a long process, they might get success.

If they find errors while developing an app, they can send the bugs to the complaint department while the development team can design or create an idea about the other functions of the app. And this is a way to speed up your mobile app development. Otherwise, getting in the code of the entire developed app code. Diagnosing it will take a lot of time for a mobile app developer.

The majority of mobile operating systems are very flexible as they allow app developers to use a number of languages in writing a native mobile app. by choosing modern languages, the app developers can easily keep and maintain the source code of the mobile app.

In iOS, an app developer can write a native app in Swift, which most developers prefer. Rather than choosing old traditional by opting Objective-C and choosing modern language will help them to avoid writing additional code. That will save time and effort too.