Netflix is a membership-based American company that provides access to a vast number of films and seasons for a low monthly fee. They are also concentrating more on producing Netflix originals, which is reshaping the television and cinema industry.

A subscribed user can also access the same high-quality services via smartphone, tablet, or laptop. Some people prefer cable TV overstreaming services because they are not great fans of streaming services. If you want the best and most reliable TV services with a strong channel lineup, sign up with Suddenlink and take advantage of their fantastic options. You can check the Suddenlink TV guide to see which plan has your desired channel lineup.

Netflix is a game-changing entertainment service, and it helps you in keeping yourself sane after a hectic day. Netflix is appropriate for people of all ages and offers a wide range of genres to pick from, including drama, documentary, comedy, romance, science fiction, anime, cartoons, and many others. Because it is a global entertainer, it features Indian, Japanese, European, Korean, and American content.

Netflix’s user interface is so beautiful and simple to use that it encourages viewers to binge-watch their favorite shows. Users can also download the shows/movies and can watch them later offline.

If you want to try the streaming service but you are not sure if you can keep the service for too long, you can sign up for a one-month trial version. It is certainly worth a go! You must ensure that you have a stable internet connection in order to view your favorite programs without interruption.

Breaking Bad may probably go down in history as the most impactful television show of all time. Over the span of five seasons, creator Vince Gilligan delivers on a single story arc: Changing Walter White (Bryan Cranston) from Mr. Chips to Scarface. That arc progresses, but along the way, we get an intriguing, twisting, character-rich drama that alternates between deeply emotional and edge-of-your-seat exhilarating.

The show opens with the mild-mannered White being diagnosed with terminal cancer and deciding to go into the crystal meth trade with his partner, Jessy Pinkman, to save money to leave behind for his family. But as the seasonprogresses and challenges occur, Walter White transforms into something far more deadly and terrifying—or was it always there, simmering beneath the surface?

One of the best Netflix original supernatural web series is Dark. Dark is a maze to navigate since it’s sci-fi at its finest with a fantastic depiction of time travel.It is based ontwo German teenagers in a small town who goes missing and travel back in time to 1986 in the same town. They see how their families and parents lived in the past. Dark is like a complex puzzle, and while it can be baffling at times, it’s absolutely worth watching if you have some free time.

Peaky Blinders is a British crime drama web series based on a gang battle in Birmingham. While an inspector, Chester Campbell, seeks to put an end to the armed gang conflicts and criminal activity, Tommy Shelby, a World War I veteran, heads the gang and the Shelby family business of horseracing, betting, and the gang war with Billy Kimber. Peaky Blinders is based on true events and is a must-watch if you like the drama/crime genre.

The show begins with the death of a member of a major family who owns a piece of the Ozark, highlighting the depths to which money-laundering networks can go. When one individual dies, the shares tilt, and all other shareholders dissolve the peace pact in order to increase their portion. One financial advisor risks everything, embarks on a journey with his family to Ozark, and in the process, he returns to the cycle and serves one of the drug’s bosses.

If you are fascinated by the psychology and methods of a serial killer, you should watch the entire series. Mind hunter is one of the best shows I have seen in a long time! A new type of killer has emerged, killing individuals for no apparent cause. FBI officersBill Tench and Holden Ford investigate serial killers’ wounded psyches in order to comprehend and apprehend them.

A doctor and future president of prominent hospital care for Shaun Murphy, an orphan who loses his sibling at a young age due to the lack of a doctor. Shaun is recruited as a surgeon at the same hospital. Despite being on the autism spectrum, Shaun must demonstrate his ability as a surgeon. The show concentrates on the various patients and ailments that the surgeons try to heal, as well as the growth Shaun experiences as he interacts with various patients, peers, coworkers, and lovers.

The world has gone, and the remnant human population is now aboard the piercer, a train that can never stop if humanity is to survive. The plot of the show centers on the difficulties that everyone on board faces in their own professions.

The tranquil tiny town of Riverdale is thrown upside down by the inexplicable death of Jason Bloom, a popular high school understudy and member of the area’s most powerful family. Archie and his friends investigate the conflicts of everyday life in a small town while taking on the recurring case of Jason Bloom to uncover this secret.

A series centered on the exploits of seven young hero brothers who get together after a considerable time of estrangement to rescue the planet. The series switches its time paradigm, shedding light on their father’s participation in all of the disasters that have begun to unfold. To prevent the end of the world, the seven siblings employ their powers and insights, whether in the flesh or from beyond the dead.

Netflix has a lot to offer, a lot that you cannot even imagine. You will have the best entertainment experience if you have a Netflix subscription and if you don’t have it yet, what are you waiting for? 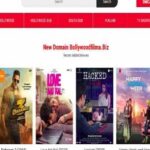 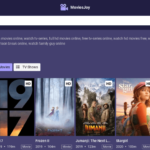 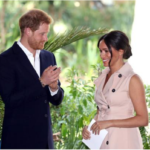 Top 8 Biggest Things to Happen in Black Hollywood Gossip in the Last 5 Years!

Previous post TOP 5 COUNTRYSIDE PLACES TO VISIT IN THE UK
Next post What Is Accounting Software? Use One Now To Prepare For An Easier Year-End Close