Coronavirus Pandemic LIVE Updates: India has sent three naval ships to evacuate its citizens stranded in the Maldives and UAE due to the Covid-19 pandemic, a defence spokesperson said in the early hours today. INS Jalashwa deployed off Mumbai coast, along with INS Magar, diverted for Maldives on Monday night, he said, while INS Shardul diverted to Dubai to evacuate the expatriates. The three ships will return to Kochi, he said. INS Magar and INS Shardul are Southern Naval Command ships, while INS Jalashwa is from Eastern Naval Command.

The evacuation of lakhs of Indian citizens stranded abroad because of the coronavirus-induced lockdown will begin from May 7 in a phased manner, the central government said on Monday in what is touted to be one of the biggest such operations.

A statement released by the Ministry of Home Affairs (MHA) said the return of Indian nationals would be arranged by both aircraft and naval ships and a standard operating procedure (SOP) has been prepared. The government had banned all international flights to India on March 22 to control the spread of the coronavirus infection.

For air travel, non-scheduled commercial flights will be arranged and this facility would be made available on a payment basis, said the government. This is a change from the earlier procedure as the government had paid for the evacuation of Indian nationals abroad before the lockdown.

This comes after a major controversy over migrant workers being made to pay the train fare for their return to rural homes.

The government’s official guidelines say all passengers will be screened before they are allowed to board flights for their return, and only asymptomatic passengers would be allowed to travel. During the journey, they will have to follow the protocols such as those issued by the Health Ministry and the Civil Aviation Ministry.

Upon reaching their destination, the passengers would also have to download the government’s contract tracing Aarogya Setu app.

“Everyone would be medically screened. After scrutiny, they would be quarantined for 14 days, either in a hospital or in an institutional quarantine on payment basis, by the concerned state government,” the government said.

After the 14-day institutional quarantine is over, everyone would also have to undergo a COVID-19 test and further action would be taken according to health protocols, it added.

Sources have said priority will be to evacuate Indians from the Gulf nations following which the government will try to bring back those stranded in Europe and other countries. Around eight million Indians live in the Gulf countries.

According to the government, Indian Embassies and High Commissions abroad are preparing a list of distressed Indian citizens who are to be brought back. 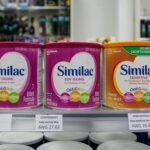 Similac Sensitive 2022 {Feb} You Must Know All About! 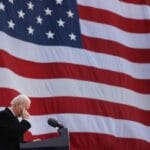 Inauguration Day was the easy part, now come the challenges for Biden 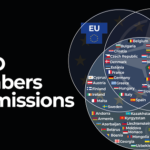 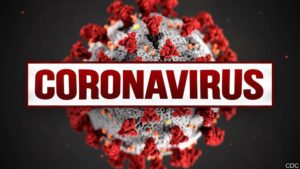