Lavender oil is one of the most well known products in this industry, and for good reasons too. Lavender oil and the plant it comes from has an iconic aesthetic as well as a well-recognized scent. This product has a number of uses and applications and is especially good for aromatherapy purposes due to the scent it can produce. This scent is especially relaxing and pleasant and is typically used to reduce stress and anxiety and to mask the scent of unpleasant smells such as in bathrooms. What makes it so popular is the fact that it is a completely organic and natural product that is made through a completely natural process without any additives. This is in stark contrast to many pharmaceutical products which are used to reduce stress and anxiety and to help sleep, which can often be considered harmful to long term health in a number of different ways. People are becoming more aware of these issues, and are moving away from traditional pharmaceutical products and turning to organic and natural items. 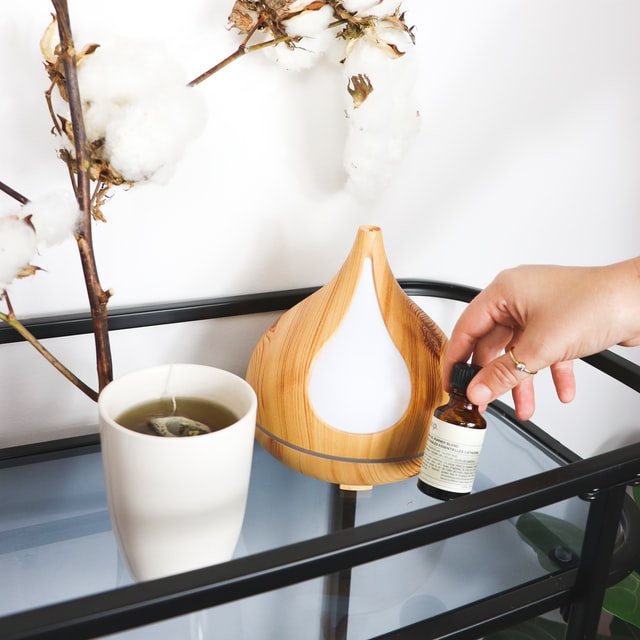 If you are interested in Lavender oil and its history, uses and benefits, and how it can be used for you, then this article is the best place to be.

The History of Lavender Oil

The use of Lavender oil has been in practice for over 2500 years. It is a useful tool that has been realised and utilized by civilisations for millennia, and its use has been documented in recognizable cultures across the entire world. The ancient Roman Empire used Lavender oil and the plant extensively, and these applications included washing, bathing for the scent. All of these were important aspects in ancient times due to the hygiene standards for older civilisations. Soap was not as extensively used, and Lavender oil provided a way for people, clothes and the air to smell good, despite the poor hygiene standards which existed at the time. In 17th century London, Lavender oil was used during the times of the Bubonic Plague, as it was believed it could be used to ward off disease. Many at the time believed that scent caused disease, and by using this product, they were able to ward off the disease. Whilst we know that this is incorrect medical information now, it still shows that Lavender oil was widely regarded as a useful resource in ancient times.

The Uses of Lavender Oil

The uses and applications of this product are various, and it can be taken orally, applied directly to the skin and/or used in aromatherapy. Through these uses, the user of Lavender oil can receive plenty of benefits depending on how they apply the product.

Lavender oil works to reduce the bacteria on the skin by killing it. Bacteria buildup is what is responsible for clogging the pores on the skin, and this leads to acne. By using this product, you are able to eliminate bacteria buildup and subsequently keep your skin from clogging up and developing acne. This can be achieved by first diluting the product. Lavender oil needs to be diluted, as it can be quite harsh on the skin. By diluting it with a carrier product, it can be applied directly to the skin. It should be applied to the areas where acne affects you, such as the face. In doing so, you receive the benefits of the product for the skin on your face.

Eczema is a skin condition that is common which causes red and itchy skin as well as dry skin to appear in any place on your body. This can look particularly unattractive, and it is also itchy and annoying for the individual. Lavender oil can be used to help soothe Eczema, due to the antifungal properties contained within it. Further, it has anti-inflammatory properties associated with it, and this also helps to soothe the Eczema. To use this product, mix it with a carrier product and apply it to the areas affected by the Eczema. This can be used daily to soothe the symptoms of Eczema

Slow Down Ageing and Reduce Wrinkles

Many people fear ageing and will do anything to reduce the obvious signs of getting older. Ageing often brings wrinkles, which is a clear indicator that someone is getting older. The use of Lavender oil can help to reduce wrinkles, as it contains properties that help to eliminate free radicals. Free radicals are responsible for wrinkles, as well as for an increased risk of cancer. By using Lavender oil, you are able to reduce wrinkles and lower your risk of cancer. A few drops of the product mixed in with a carrier such as a coconut can be used to be applied to wrinkles. The skin will absorb the product and you will receive the previously mentioned benefits.

Inflammation can occur as a result of many different issues, but regardless of the issue, it still causes pain every time. Anti-inflammation is something that you would look for to treat this, and Lavender oil happens to be a product that has these properties. The product is pain relieving and it has numbing effects which can help to soothe inflammation. For example, with a sunburn and the inflammation that accompanies it, two drops of Lavender oil mixed in with coconut can be applied to the affected area. The area will turn less red and will start to soothe.

Lavender oil can be helpful in acting as an insect repellent. Insects such as mosquitos can be particularly prevalent and annoying, especially during the summer months. Consequently, Lavender oil can be used as a nice smelling alternative to chemical based products which often have a harsh smell to them which isn’t nice at all to constantly smell. Lavender oil can be placed into candles and sprays to be used as an insect repellent. You can add drops of the product to the candles so that they evaporate and create an aroma of the product which can be used to ward off insects. It is a natural and organic product, meaning it can be sprayed onto yourself and your clothes before going out to keep insects away. Furthermore, insect bites can cause bacteria and inflammation, and the use of Lavender oil can be used to reduce bacteria and inflammation.

For skincare, Lavender oil can be used on a cotton ball or swab and diluted with a carrier such as Coconut, which can then be applied to the skin. This way, you receive the benefits that come with its use, as it is absorbed through the skin safely.

Overall, Lavender oil is a helpful resource that has been used throughout history for thousands of years. It has a distinct scent that helps in use for aromatherapy and warding off insects. Moreover, it can be used for skincare as it reduces acne and inflammation and is applied through a carrier product to dilute it and ensure it is not too harsh on the skin. Lavender oil is a useful tool that is very popular amongst this industry, and amongst users of organic products for healthcare and beauty reasons, and is a great choice.