Universities have always held a certain charm for students from a very young age. The first taste of independence, the lush green lawns and the towering building add a personality to the entire institution.

It’s no surprise that movies can barely resist the natural charm of such locations. As a result, you’ll notice that most movies that take place in universities choose real-life locations for shooting. 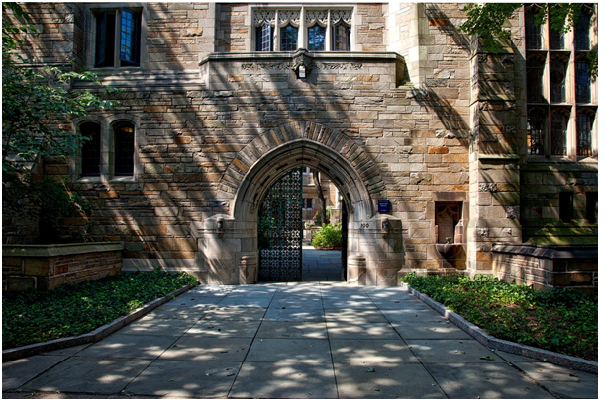 Why Choose Universities For Movies?

The setting plays a crucial role in immersing the audience into the story. Universities are the place where students grow up and experience entirely new surroundings. It’s a place of personal growth and transformation that breathes a life of its own.

Some filmmakers scout out university campuses for months, trying to find the perfect one that will bring life to their movies. With the ideal location in the bag, it becomes easier to draw in the audience with a relatable setting. On that note, let’s look at the top 10 universities that are every filmmaker’s dream campus.

10 Universities You’ll Find In Movies The Most

Many campuses are so beautiful that anyone can believe them to be a part of a movie set. However, ten universities have cemented themselves in cinematic history.

You’ll hardly find anyone who hasn’t heard of Harvard University, one of the best Ivy-League institutions in the world. It is well-known for its high-quality academics, famous professors, fantastic campus and star-studded alumni. This gorgeous campus is also the home to many classic Hollywood movies, such as:

However, you should note that most of the universities you see in these films are not Harvard but ones that bear an uncanny resemblance with the institution. This is because the university authorities have banned filming on the campus since 1970.

Columbia University in the USA is no stranger to being the location for iconic movies. Some of the classics in cinematic history owe their setting to this beautiful campus in New York City. These movies are:

With three campuses, numerous graduate programs, and a reputation that spans generations, the University of Toronto is a remarkable campus to behold. Its resemblance to Ivy-League colleges in grandeur has made it the location for movies like:

“There’s something magical about Oxford,” says Mrs Brown, a  assignment help expert, “Something about it just draws you in.” Perhaps that is why it is a popular location for filmmakers to shoot some of the most iconic movies that defined generations. For example,

You can see the beautiful campus of Cambridge University in movies like:

The quintessential British landscape with the bustling roads and rural landscape offers a setting that is hard to find easily. Hence, there’s no doubt that the location is among the top choices for filmmakers.

Some of the iconic locations that any USC alumnus can spot in movies are Grace Ford Salvatori Hall and the Bovard Administration building. This university has hosted movies like:

The university’s proximity to Hollywood makes it both convenient and expensive as a filming location.

You’d be familiar with UCL’s campus if you have seen The Dark Knight (2008) or Christopher Nolan’s Inception (2010). The historic building gives a sense of wonder that captures the audience immediately. Some other movies that were filmed in the location are:

Boston University does not mess around regarding filming on their campus. You’ll have to provide the authorities with all the filming details, after which they’ll decide whether filming on campus would disrupt students’ education. However, strict regulations don’t mean that filming doesn’t take place. Some of the movies that have the Boston University as their location are:

You’ve probably heard the name of NYU in books and dramas that don’t even feature the iconic location. It’s a The campus, situated in the most iconic bustling city, has been the location for movies like:

Another institution that you come across frequently is the University of British Columbia. It was founded in 1908, making it one of the oldest educational institutions in the locality. The campus is another filmmaker’s favorite due to its architecture and aesthetics.

Many experts providing university assignment help in Melbourne have admitted that students from Melbourne University have admitted to applying to the university after seeing the campus in a movie. “It was love at first sight,” says Jessica Riles, a freshman. “I knew there was no other university I’d rather study at.”

Universities are some of the most popular location choices for filmmakers. The realistic surroundings offer a sense of familiarity while showing off the awe-inspiring architecture. In addition, these institutions have stood for hundreds of years, and their walls contain many stories. So, next time you come across any university in a movie, try to see if you can recognize it immediately.