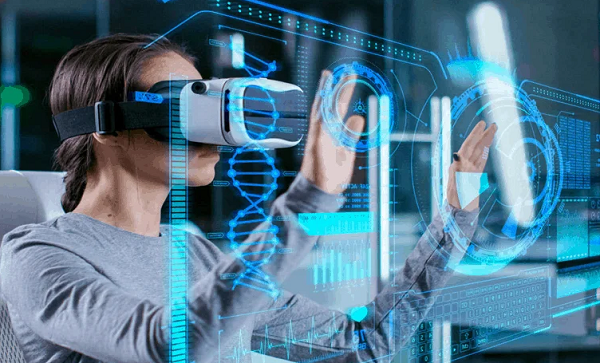 When the world first started to explore new realities, the effect of AR and VR was mostly focused on entertainment and games. Extended reality experiences were seen by companies as a way to take players into other worlds and affect their senses.

However, the advent of new technologies and more affordable gear in recent years has opened up new possibilities for AR and VR. For everything from training to customer experience, enterprise organizations are starting to incorporate alternate realities into their operations.

The market for AR and VR has already grown by 78 percent between 2019 and 2020. Some sectors will gain more from extended reality than others as the transformation progresses. Here are our top five picks for the industries that are most likely to benefit from AR and VR.

Before ordering expensive prototypes, engineers and designers can readily experiment with the appearance and construction of a vehicle using virtual reality. VR is already being used by companies like BMW and Jaguar Land Rover to do early design and engineering assessments to verify the vehicle’s visual design and object obscuration – all before any money is spent on physically producing the components.

By decreasing the number of prototypes produced per car line, virtual reality is saving the automobile industry millions of dollars.

The problem with shopping online is that we can’t try on the clothing we like before purchasing them, so we either purchase two sizes and return one or order one size and hope it suits our shape and size. This may soon change thanks to virtual reality’s body-scanning technology, which allows us to try on clothing in the virtual world to see how it would appear on us.

Various companies, like the European retailer ASOS, which invested in software development startupTrillenium, are trying to offer us the VR shopping experience.

Virtual reality has already helped the gaming and gambling sectors. Gaming companies have created relatively primitive but extremely entertaining and engaging virtual reality worlds in which players may experience the thrills of gaming since they don’t need a huge level of accuracy.

According to the information provided by Exycasinos, Poker VR is gaining a huge popularity these days!Players can play with each other in virtual reality, converse and even read facial expressions. It almost has now drawbacks to Poker played at real casinos. Currently, some of the clubs featuring Poker VR have a prize fund of $5000 in place. Impressing!

Imagine being able to test out your vacation before paying for it. That is exactly what the future may bring. The hotel, restaurant, and tourist attraction industries are taking the initial moves toward allowing you to take guided virtual tours of their businesses.

Another method to make tourism more accessible is via Google Expeditions. People of different ages and backgrounds may explore coral reefs or the surface of Mars from the comfort of their own homes.

Healthcare is an important area where virtual reality can make a big difference. Healthcare experts utilize virtual models to prepare for operating on actual bodies, and VR has even been used to treat burn wounds.

Virtual reality could also be used to treat mental illnesses, with Virtual Reality Exposure Therapy being especially successful in the treatment of PTSD and anxiety.