Over the years, the concept of drug and alcohol rehab has become more widely understood. Most people know, intellectually at least, that addiction is a disease that requires treatment like any other. They understand that spending time in rehab is the best way to get that treatment. However, there are still a lot of misconceptions out there about rehab.

This is due in part to the stigma that is still prevalent when speaking of addiction, as well as consistently inaccurate depictions of rehab in pop culture. We’ve all seen characters on TV or in movies attend rehabs that look and function nothing like a real rehab would.

To clarify what rehab is and what to expect, here are 4 of the most common misconceptions about rehab.

1 Patients are there against their will

So many plot points in fiction revolve around a patient escaping a rehab or raging against the powers that put them there. However, only a tiny fraction of rehab patients are there against their will. These are people who have either been detained under a mental health act for their own safety or have been court-ordered to go to rehab.

Nearly all residents of rehab are there voluntarily. In fact, they can leave at any time they want. They will face consequences – in that they may not be allowed back if they decide they want to complete the program. But no one is going to forcibly stop them from going.

Why is this important? Well, if you or a loved one are thinking about attending inpatient rehab, it is reassuring to know that your fellow residents will be working towards the same goal as you. They won’t be undermining the staff or provoking other patients out of a misguided sense of rebellion. You are all there to get better, and that sense prevails.

2 Rehab is only for people who have hit rock bottom

This is another misconception understandably perpetuated by fiction. I mean, a movie which has the protagonist go to rehab the moment they realize they have a problem is not going to be all that interesting. It is much more dramatic to have them crash their car into their friend’s wedding reception under the influence of drugs and alcohol.

However, the reality is that you can and should go to rehab before hitting so-called rock bottom. Rehab provides treatment for an illness and as such it is most effective the less the illness has progressed. Imagine thinking you could only get cancer treatment once you were bed-ridden.

That is not to say that people who have hit rock bottom won’t recover. On the contrary, hitting a low can be a wakeup call. But once you are at that point, you do have a higher mountain to climb and, in an ideal world, it is best to get treatment as soon as necessary.

Luxury rehabs have become popular over the years, but are often misunderstood. We see celebrities who have had public incidents go into a luxury rehab and may be inclined to think the worst – which they are only there for PR reasons. But luxury rehabs are not only for the rich and famous and they are no less serious than any other rehab.

Luxury rehabs simply have the best facilities available, highly-qualified mental health professionals, and provide a very comfortable experience. This sounds counterintuitive to some, but that is usually because they think of addiction as bad behavior and rehab as a kind of punishment. In reality, luxury rehab can ease the process of rehab.

When you think of addiction in the context of illness, it is absurd to think that discomfort should be part of the treatment.

4 Rehab will try to make you religious

The reality is that there are many other approaches to recovery, some of which are at least as successful as the 12-Step Program. Many rehabs use these other approaches and forgo the 12 Steps entirely. As such, you don’t need to accept the 12-Step approach in order to recover and certainly don’t have to go to a rehab which will try to impose religion on you.

If you do want to go to a 12-Step rehab, make sure that it provides treatment based in medical science. There are 12-Step rehabs that are not associated with religions, but some religious institutions run their own rehabs where a specific religion forms a major part of the treatment.

These are just some of the misconceptions surrounding rehab. They are so ingrained because of the regular depictions of rheba on screen, but they are far from the truth. 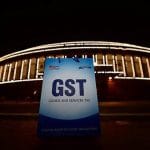 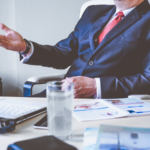 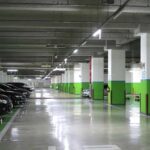 What Should You Consider Before Starting Up Your Car Park Business?

Previous post How do custom silicone molds affect silicone manufacturing?
Next post Information about Detox Treatment Center that you should know!