On Saturday, former BJP leader Yashwant Sinha hit out at ‘Bhakts’ and said that for him the Constitution of India is supreme and he shall defend it till his last breath. 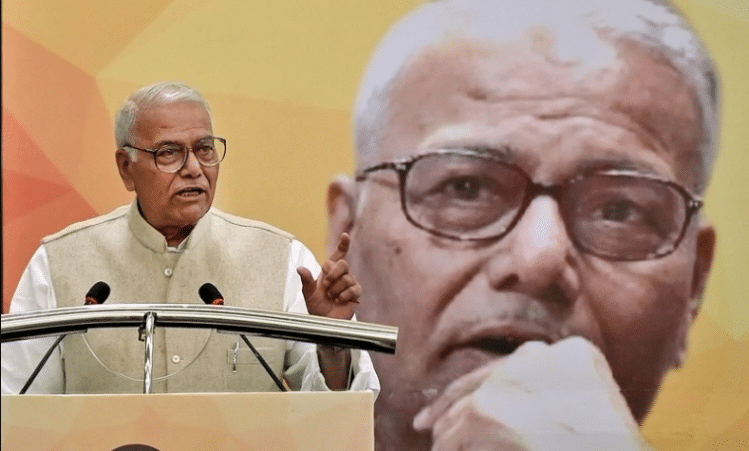 Sinha said that “Bhakts” abused him for his previous tweet on Hindu Rashtra. He wrote, “My tweet of yesterday on Hindu Rashtra on DD has so far 7900 likes, 1,800 retweets and 3,400 comments, most of them abusive. I want to tell the Bhakts I am as good a Hindu as any, but for me the Constitution of India is supreme and I shall defend it till last breath.”

Earlier, on Friday, Sinha had said that Doordarshan’s managers consider that India has already become a Hindu Rashtra. Taking to Twitter, he had written, “For the managers of public broadcaster Doordarshan, India is already a Hindu Rashtra. Govt of India is taking advantage of the lockdown to push its agenda by stealth. Beware.”

The former Finance Minister was heavily panned for his tweet. “You have a problem with @narendramodi, @BJP4India & @RSSorg. Now you have a problem with Hinduism? What next? Your worst is yet to come,for sure?” a Twitter user had written. Another one had said, “If only I would / could repeat conversations with @YashwantSinha when he was in BJP . Times change, people change.”