0
Contents hide
1 Enough with the small talk. The movies scheduled to hit screens worldwide this May are:
2 Doctor Strange in The Multiverse Of Madness, May 3rd
3 Top Gun, Maverick, May 27th
4 Senior Year, May 13th
5 Around the world in 80 days, May 6th
6 Firestarter, May 13th
7 Downton Abbey: A New Era, May 20th
8 Captors, May 24th
9 Share
10 About Post Author
10.1 Brett Arends
Read Time:4 Minute, 4 Second 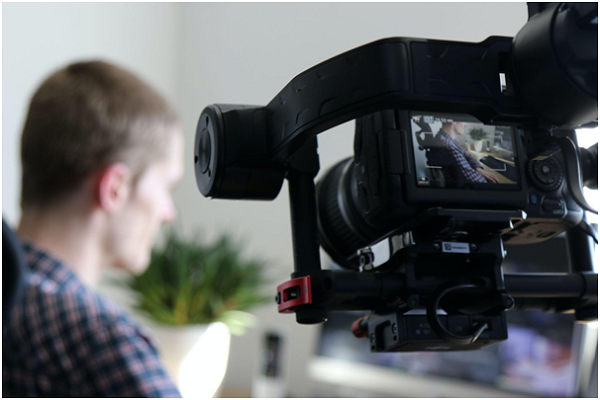 For movie lovers all over the country, 2022 has seen the release of several record-breaking movies. Some of them have had people at the edges of their seats, eagerly waiting to witness the plot unravel, and others leaving them sobbing on their pillows and everything in between.

Regardless of the genre, it is exceedingly clear that previously released movies have set the bar high, and producers will be working double-time to maintain these standards. For a year that saw the release of films such as The Batman, Scream, Uncharted, and many more fantastic movies, the upcoming movie releases set for May have their work cut out for them.

Enough with the small talk. The movies scheduled to hit screens worldwide this May are:

Doctor Strange in The Multiverse Of Madness, May 3rd

There have been several hints in previous movies, including Loki, Spiderman Into The Spiderverse, No Way Home, and other marvel movies of the multiverse. Still, Doctor Strange is set to take movie lovers through a visual spectacle. From the name, it can be deduced that this movie will feature a lot of madness, and history proves that this is the perfect recipe for a fantastic film. The star-studded cast has a significant role in the success of this movie.

Tom Cruise is back at it again, disproving critics worldwide on the extent of his talents and thrilling fans globally. A sequel to the previous Top Gun that debuted in the eighties, Top Gun Maverick sees Tom Cruise return to the force’s Top Gun division to train an elite set of fighter pilots. This movie promises to captivate audiences, specifically the die-hard Tom Cruise fans who cannot get enough of this star in theatres.

Co-produced by the legendary Jerry Bruckheimer and Tom Cruise himself, the film sets to display the role played by good old pilots in a world where drones take center stage.

What would you do if you went into a coma and woke up twenty years later? In this comedy, Rebel Wilson takes us back to her high school days as she seeks to live the rest of her life after a 20-year long coma. Experience the ups and downs of high school teen societies in a way not seen before. Rebel Wilson gives a stellar performance similar to her performances in Pitch perfect and the critically acclaimed movie, Hustle.

Enjoy your feel-good Friday with this hilarious yet heartwarming movie on May 13th.

You have probably read the book or seen the movie, but this animation introduces an exciting spin to the original classic. Around the world in 80 days speaks about the story of a young frog who yearns to get free from the shackles of her overprotective mother. Join Gary Swallow as he voices this young frog who embarks on a life-changing journey complete with adventure, humor, and romance all bundled up into one family-friendly package.

From the people that brought you The Invisible Man, Blumhouse studios present Firestarter. Follow Zac Efron (Andy)and Sydney Lemmon (Vicky) as they push the boundaries of right and wrong as they try to protect their daughter, Charlie, from falling into the hands of the wrong people hell-bent on finding out what makes this little girl unique in the ways that make the sun look cool.

An emotional roller coaster, this movie premieres in studios on Friday, May 13th, and is set to instill fear and thrill in the audience, keeping your heart in your mouth.

Fans of Harry Potter will be delighted to see Maggie Smith (Professor McGonagall) starring in this film that takes on a historical setting, flawlessly switching from the scenic coasts of the South of France to the British Isles. Follow the lives of the Crawley family and an intriguing mystery that is set to provoke trouble in paradise. The activities of a producer making a motion picture in Downton Abbey stir sleeping giants, and all is not as it looks in this charming Victorian-style movie.

Horror never looked this pretty. The beautiful Yulia Klass delivers a breathtaking performance in this horror slash thriller movie. A young woman discovers her inherited house from her late uncle, but she has to collect it in person. Things go wrong when she moves into Bruce Davidson’s (her uncle’s) house, and her past, and possibly present, comes to haunt her.

The ongoing pandemic saw the cancellation of releases of many eagerly awaited movies, but this does not mean that movie lovers have to turn to books or comics. Cinemas and streaming platforms will be packed full of exciting movies this May. Do not miss out on any of them.