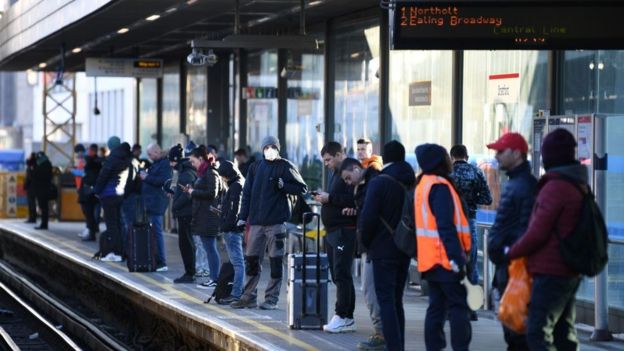 Mr Shapps stated more buses and trains would run but he wished to inspire cycling and walking.

Also, he defended the choice to not close airports or introduce screening at the start of the pandemic.

With social distancing rules leading to trains being cut to 12% of the normal capacity, Mr Shapps stated the federal government was searching at a variety of options, including encouraging what he referred to as a “massive expansion” in curiosity about “active travel” for example cycling or travelling to work.

“There’s a number of various things that are going to including staggering work occasions, and we are dealing with companies and organisations to achieve that,” he stated.

Also, he stated he was dealing with train companies and unions on maintaining social distancing rules on platforms and also at bus stops.

Protecting the choice to not close airports or introduce screening for worldwide arrivals, Mr Shapps stated the recommendation was that the “complete lockdown from the borders” might have only delayed herpes by 3 to 5 days.

“We’d huge numbers of people abroad who required to go back home,” he stated.

But he stated that the infection rate was falling to some more manageable level, plans for screening were “a significant point into consideration”.