You’re the hero in your life, and while a movie has yet to come out detailing your life struggle there are a great many films on people you’re aspiring to be one day, your heroes. When it comes to fashion the world only sees the glamor associated with it but those of us in the field, studying it know how complex it all is. Movies offer an insightful view into it all so if you’re wondering what you’ve gotten yourself into, this might the time to watch a few films. Here’s a list of hits we recommend. 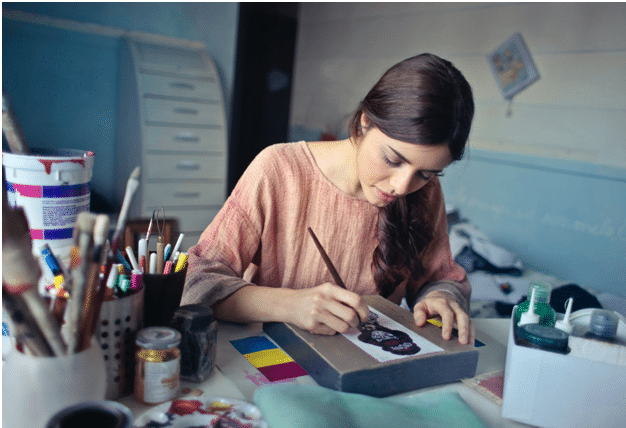 This French film delves into the life of designer Coco Chanel, before she found her famous fashion house. Making a living as a milliner and poor bar performer, this classic film takes us years back like none before. You get to see another time, a different era of fashion, and learn about how Coco Chanel revolutionized the industry. For fashion majors, this film about the designer’s struggle is sure to resonate with their own stories.

Speaking of fashion houses, you might want to look into how Christian Dior found her very own in 1946. Superbly written, this movie will take you to another time and as you see the struggle Dior faced you’ll be better able to appreciate her contribution to the fashion industry.

Diana Vreeland: The Eye Has to Travel

This movie explores the story of another extraordinary woman, Diana Vreeland, one of the greatest talents the industry has seen. Working at places like Harper’s Bazaar and Vogue, to Metropolitan Museum’s Costume Institute where she reinvigorated the institute with her creativity, she made a name for herself through sheer determination and hard work. She understood the true extent of fashion’s power and wielded the power of this art to take the industry to new heights.

Funny Face tells the story of a bookkeeper, played by Audrey Hepburn, who takes a shot at the modeling biz. Working with the enigmatic editor who is inspired by the great Diana Vreeland herself, you get to see from this girl’s perspective her foray into the fashion industry. This musical performance will have your eyes locked to the screen. Hepburn’s performance is always one to watch and she does justice in this film to the role given to her. You’re sure to find it an interesting watch.

Anne Hathaway’s Andrea has managed to secure the position most girls would die for, the position that will take her career to new heights. But playing an assistant role for Miranda Priestly, and iconic magazine editor played by the beautiful Meryl Streep, is no easy task. Andrea is in for a roller coaster ride as she learns the ways of the fashion industry and tries to keep up with her boss. If you’re looking into how fashion magazines work and the gripping stories of the characters who live it, then this is the movie for you.

Scatter My Ashes at Bergdorf’s

Bergdorf Goodman is a legendary store that launched the careers of big wigs like Bobbie Brown and Michael Kors. In the movie, Scatter My Ashes at Bergdorf’s, you get a look behind the scenes of this New York giant. Celebrating the stores 100th anniversary, this fashion documentary showcases the lux appeal they’re known for.

In Vogue: The Editor’s Eye

You may have chosen this field for the glitz and glamor it promises but, do you really know what being a stylist means? This movie gives you an insightful view on just that. A must watch for aspiring fashion photographer and editor, this film will introduce you to the big names in the industry from the past and the present. The next time you see the glossy pages of the historical magazine, you won’t just see a picture, you’ll read a story.

If you likedIn Vogue: The Editor’s Eye, you’ll love the next movie on our list. You’ll emerge as a brand new person after watching In Vogue, but this is nothing compared to the things you’ll learn from watching The Summer Issue. You get a close up view of what taking out the biggest issue of the year entails. So, join the ranks of editors and stylists as they get together to design the pages of the September issue of American Vogue.

There’s a common misconception among people which is that street style photographers are new to the scene. Nothing could be far from the truth and after watching Bill Cunningham New York you’ll see just how complex it all is. Cunningham aged 80, is a photographer who has been documenting tirelessly for The New York Times. He has been taking pictures of what people are wearing from as early as the 1970s. Intrigued? Well, you should be. There always more than what meets the eye.

With the summer break upon us, these movies will make for a great marathon. They’re fun, interesting and educational at the same time. All you need is a good cable plan and you’ll have access to them all. Spectrum Silver channels includes top movie channels like HBO and with a huge on demand library it provides, you’ll be able to watch them easily. So, get settled on your comfiest couch and let the movie magic begin.