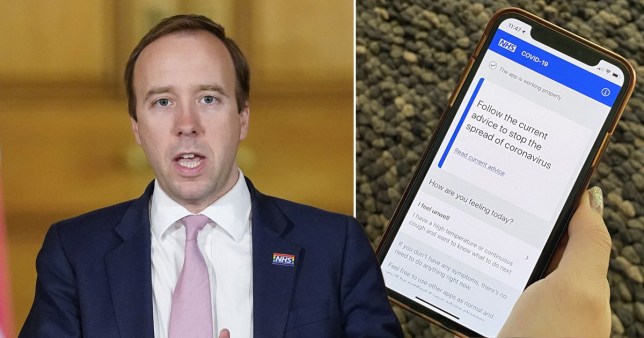 NHS workers will be the first to test the app on the Isle of Wight with ministers hoping it will be successfully rolled out to the rest of the island’s population on Thursday.

The track and trace app is part of the Government’s strategy for easing lockdown measures across the UK as they hope it will identify who has coronavirus and where it spreads.

If the tests are successful it could be rolled out across the country within weeks as ministers seek to shape a strategy to allow some economic activity to resume, with the long-awaited ‘roadmap’ for easing lockdown being published on Sunday.

Health secretary Matt Hancock said there is ‘high privacy’ in the contact-tracing app and that a user’s phone will store anonymously the information about all the phones it has been within two metres of for more than 15 minutes in the previous few days.

He told BBC Breakfast: ‘This is one of the reasons that we want to test it to ensure that we get the rules right around what we advise people to do as soon as the contact tracing pings you.’