Vishakhapatnam: As per the reports last came in, at least eight casualties and over 5,000 people falling sick, after an alleged gas leak from a chemical plant at Vizag, during the early morning hours on Thursday, May 7th, 2020. 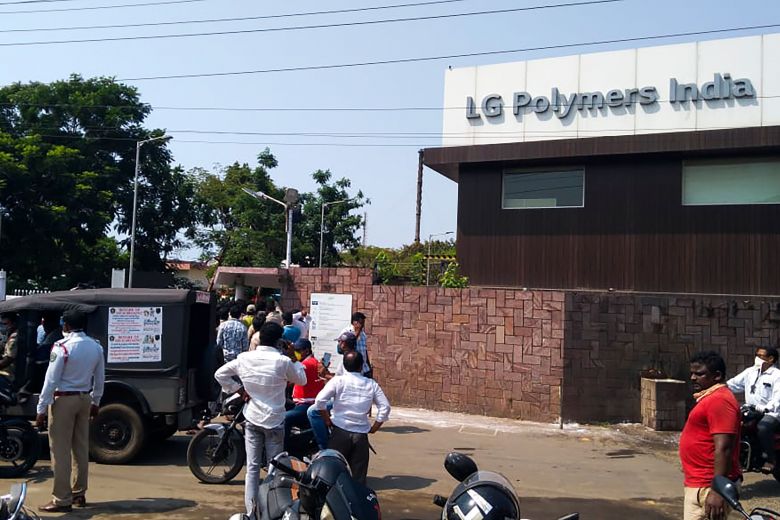 Among the dead, two were senior citizens and one was eight-year-old girl.

As per the reports, this gas leak took place at around 3 AM in the morning. The plant is LG Polymer Industry that is located in RR Venkatapuram, near Naiduthota area. It is close to Gopalapatnam.

This incidence of gas leakage caused a mass panic among locals in a radius of 3 KMs area. Many people fell unconscious and were seen lying on the streets. Some complained about breathing difficulties. People also complained about rashes on their body and of soar eyes.

The local police rushed to the sight soon after they received the news. They immediately started evacuating the locals from that area.

The reasons of this incident is still to be identified.

Prime Minister, Mr. Narendra Modi spoke to the Ministry of Home Affairs and the national Disaster Management Authority or NDMA to take the stock of this entire situation and report.

The District Collector, Vizag, Mr. V Vinay Chand also rushed to the spot and he is continuously monitoring the situation. The collector said that all people who are facing breathing problem are being given oxygen support.

The NDRF and SDRF teams have been deployed in this area. They are conducting a rescue operation here.

Chief Minister of Andhra Pradesh, Mr. YS Jaganmohan Reddy is also expected to visit the city and have full report about the situation.

This LG Polymers Industry was established in the year 1961. It started as Hindustan Polymers. It was manufacturing polysterene and its co polymers in Vizag. It was later merged with McDowell and Company Limited of UB Group in the year 1978.

The Circle Inspector of Gopalapatnam, Ramanayya told that they found about 50 people lying on the road in unconscious state. It was very difficult to reach this spot.

Police is appealing to people to come out of their places and go to a safer place.

The Visakha West Assembly constituency MLA, P Ganababu put his cadres in the alert. They joined this rescue operation. He urged to the people of Vizag that they should not come towards Gopalapatnam. This gas leakage was causing breathing problems with other problems.

The effects of Gas leak was felt strongly within a radius of 2 KMs.

The effects of gas leakage was felt even around Santoshnagar and surrounding areas. It is located more than 2 KMs away from the place of the gas leakage incidence at Gopalapatnam. Residents here complained about breathlessness and vomiting. Few fell unconscious here. Police reached this location at around 6 AM and asked the residents to vacate their houses and move to a safer place. Many of the locals went to distant localities such as, Muralinagar and are still stranded in that place. Some went to their friends or relatives at distant parts of the city.