A nondisclosure agreement (NDA) is a contract between two parties that establishes a confidential relationship. The terms of the agreement usually state that any confidential information shared by one party with the other must not be disclosed to any third party without prior written consent from both parties. NDAs can be mutual, meaning both parties are restricted in their use of the materials provided, or they can be one-way, meaning only one party (disclosing party) is restricted in their use of the information received.

The purpose of an NDA is to protect sensitive proprietary or business information from being shared with unauthorized individuals or entities who could potentially use it for personal gain or cause harm to either business involved. By legally binding each party to secrecy and requiring them to take all reasonable steps necessary to protect this confidential information, agreements like NDAs increase trust between two businesses and help facilitate confidential conversations while reducing risks associated with accidental disclosure.

NDAs are commonly used when companies enter into negotiations regarding potential deals such as mergers and acquisitions, joint ventures, strategic alliances, licensing agreements and other transactions that involve sharing sensitive data about each company’s operations including financial statements and customer lists. They may also be used when hiring new employees who will have access to important company data. You can contact Love Your Legals for Australian NDA template to protect your confidential information. 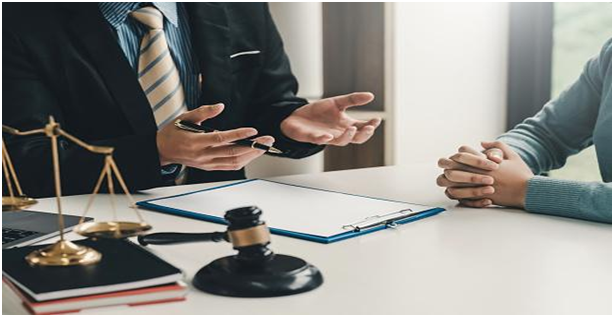 Benefits of an NDA

There are numerous advantages to having an NDA in place, particularly when conducting business with another company or individual. First, it creates an atmosphere of trust between the two parties involved, which can be beneficial for future collaborations. By signing an NDA, both sides are reassured that their sensitive data will remain private and secure throughout the entire process. This helps build trust between all involved parties so they can move forward with their project without any worries about confidentiality breaches or misappropriation of information.

In addition to creating trust among those involved in a business arrangement, NDAs also help safeguard sensitive commercial information from competitors who may try to gain advantage by accessing it illegally or inappropriately using it for their own benefit. As such, having an NDA ensures that all relevant documents remain secure throughout a transaction and reduces the risk of unauthorized use or disclosure of important data by third parties who have no right to access it in the first place

Elements of an Effective NDA

A Non-Disclosure Agreement (NDA) is a legal document that is used to protect confidential information shared between two parties. It is an important tool for businesses and individuals who need to keep certain information private, such as trade secrets and intellectual property. This article will discuss the essential elements of an effective NDA.

The first element of any NDA should be the parties involved in the agreement. The names and contact information for both parties should be clearly stated in the agreement so there is no confusion as to who has access to the confidential material covered by it.

The second element of an effective NDA should cover what information will remain confidential under it. This may include business plans, product ideas, marketing strategies, financial data, customer lists, or other sensitive material shared between the two parties involved in the agreement. It is important that all such sensitive material be identified so that each party knows what they can expect from one another when exchanging this type of data.

In addition to listing out what will remain confidential under an NDA, it is also important to list exclusions from that list as well. This means specifying which pieces of information are not considered confidential under the terms of this agreement so they can still be shared without fear.